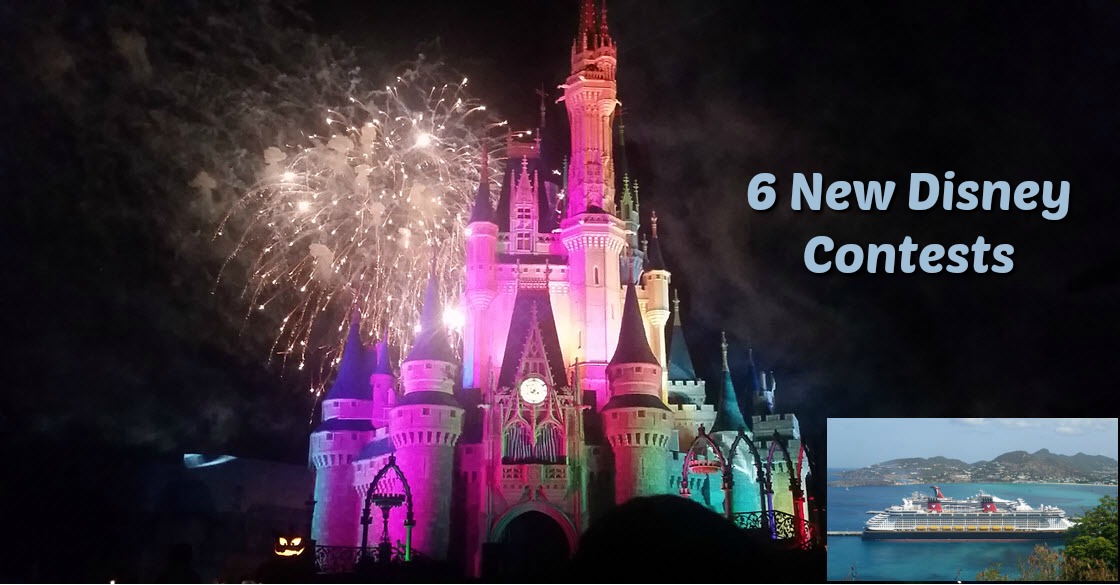 One of our most popular posts ever was our post on Disney contests, so we are doing it again! Here are some of our favorite REPUTABLE Disney contests available this month. As easy as it is to enter, you might as well give it a shot!

Land & Sea Vacation Sweepstakes (Disney Family Movies) Sign in to your Disney account (which I am sure you have if you love Disney as much as me) to enter. Grand prize is a 4 night Disney Cruise and 3 nights at Walt Disney World for 4 people. Includes airfare, Park Hopper tickets, ground transportation, and pre-paid gratuities on the ship.   Ends August 1, 2016.

The Chew’s Magical Culinary Adventure Sweepstakes (The Chew and Hidden Valley Ranch) Win a trip to Disney World for Food & Wine Festival. Trip for 4 includes 4 nights in a Disney World hotel, airfare, Park Hopper tickets, tickets to a taping of The Chew, a $500 Disney Gift Card, and a Disney Signature Dining Experience. The trip must be taken between October 6 and October 9. Ends September 2, 2016.

Disneyland Diamond Days Sweepstakes (Disneyland) There are a LOT of prizes up for grabs here including Disneyland tickets and VIP experiences. However, there are also weekly prizes of a trip for 4 to Disneyland for 2 nights including airfare, Disney hotel, Park Hopper passes, and a random “special” prize that could include a 1-night stay in the Disneyland Dream Suite! Ends September 9, 2016.

Happily Ever After with Disney Honeymoons (Alfred Angelo) Enter to win a 5 night stay a a Disney World Resort including 2 5-day Park Hopper Tickets and a $500 Disney Gift Card. Ends July 31, 2016.

And don’t forget that you can Earn Disney Gift Cards for Free at Sunshine Rewards!