You are here: Home / Family / Teen Costumes That Will Get Used Year Round 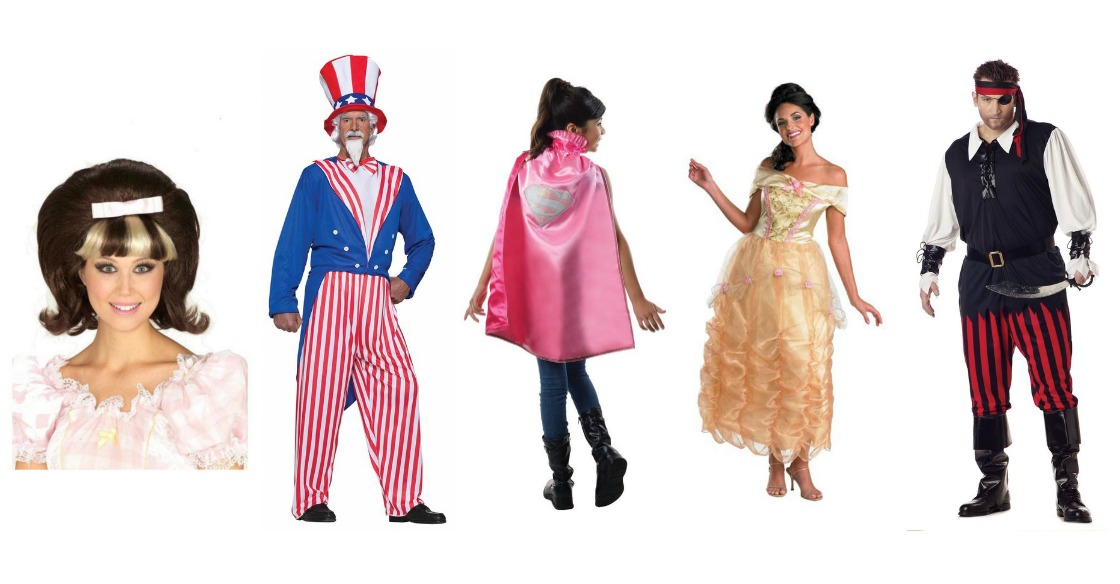 I’ve never been one to make Halloween costumes. My mom was great at pulling them together. She set the bar pretty high with this Wonder Woman costume she made me when I was about 4: 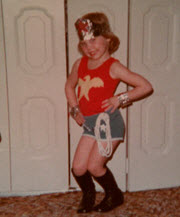 My daughters have always been Disney girls. Almost every year they got a new princess costume until they graduated up to Camp Rock and Wizards of Waverly Place. The costumes were cheaper when they were younger and I didn’t feel like I had to justify spending the money.

Now that they are older, they are wearing adult sized costumes, which are much more expensive. I’m only willing to spend the money on the costumes that I know they will get more use out of than just one Halloween (especially since they don’t even trick-or-treat anymore!).

Why would you need costumes other than on Halloween? We have an entire closet full of them that get used over and over! Here are some ideas to help you find costumes that you will get your money out of time and again.

Accessories Instead of Full Costumes

One of the best ways to reuse costumes is to buy costumes with interchangeable pieces rather than full costumes. It accomplishes a couple of things:

Examples of these types of items are: angel wings, tutus, cat ears, capes, costume jewelry, wigs, lab coats, and hats. You can often make an entire outfit out of a black top and bottom and adding just one of these things. Accessories tend to turn over quickly so some of the ones shown below may already be sold out. But they should have other similar ones on the site.

Our schools do a LOT of spirit days, and my kids make the most of them. Some of the spirit day costumes we have used over and over again are:

This won’t apply to everyone, but one of our best uses of the costumes is when we go on Disney Cruises or to Walt Disney World for Mickey’s Not So Scary Halloween party. The Disney Cruises always have a Pirate Night where you can dress up in full pirate gear. This year Cassie is going to be a Pirate for Halloween so she can use the costume there next time. Jillian chose Belle (blue dress Belle), which she will use for MNSSHP on Fall Break.

If you don’t just dress up on Halloween, think about what other holidays you do dress up on that you might want to use the costumes for. I love the Uncle Sam stovepipe hats that can be worn again for 4th of July. Buy a Santa costume and use it when you dole out the gifts Christmas morning (because obviously the real Santa will already be back at the North Pole). Or how about a Leprechaun you can pull out for St. Patrick’s Day? (I’m Irish…I can say that)

If your kids are into performing, you will always find ways to reuse the costumes. Jillian wore her Princess Belle gown for a choir concert where the theme was Disney and used her Elsa dress to perform songs at kids’ parties. Cassie wore a Little Red Riding Hood cape for a talent show where she sang from “Into the Woods.” Jillian even wore my Grecian Goddess costume one year when she was given the part of Hera in “Xanadu.” It’s always a bonus when you don’t have to scramble for costumes for shows because you already have something in your closet.

One last tip is that instead of looking at costume shops for some of these items, you may have to look for Cosplay instead. I searched the Cosplay costume section at Amazon to get Jillian’s “blue” Belle costume because costume stores only sell the yellow ball gown. You will usually find those costumes to be of higher quality and more authentic, but that can also be more pricey. For us it was worth it for Belle because it makes a perfect character day costume that both of my girls can use for years to come.

What other ways do you use costumes across multiple family members and year round? 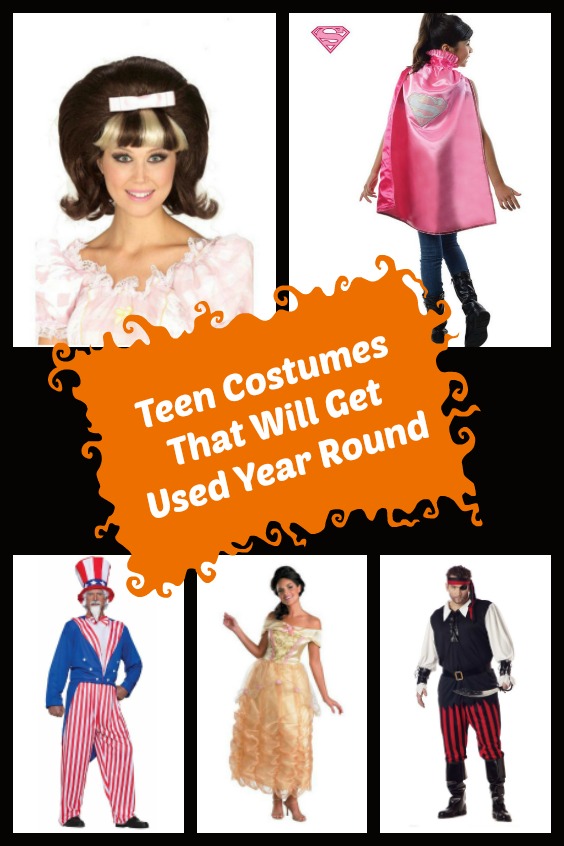