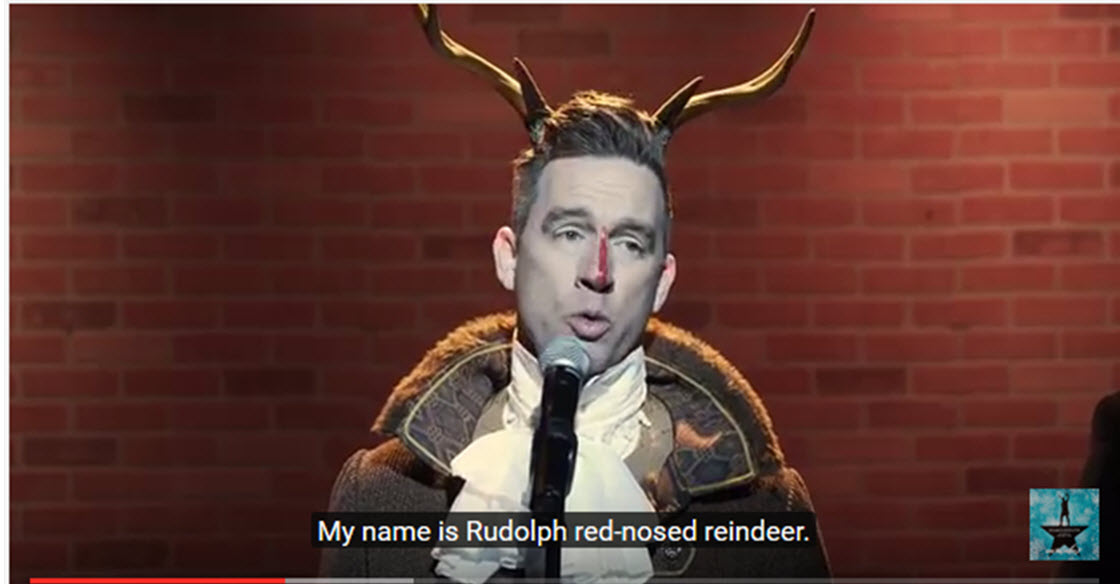 A guest post from my daughter, Cassie. She might be the biggest Hamilton fan in the house (MIGHT). Keep in mind this whole song is done a cappella! Watch the video and then read below to see what you might have missed.

This video, by Eclipse 6, is a parody of some of the songs from the Broadway musical Hamilton. I am in love with Hamilton and am always trying to find things inspired by it. The creative name, “Hamildolph,” gives you a glimpse of how original this video is. It mixes Hamilton with the tale about Rudolph the Red-Nosed Reindeer in a fun, interesting way. Check the list of things below that connect the two tales and look out for them:

I hope you enjoyed this video as much as I did!