You are here: Home / Featured Stories / Believe it or Not: Ripley’s Great Fun for Whole Family 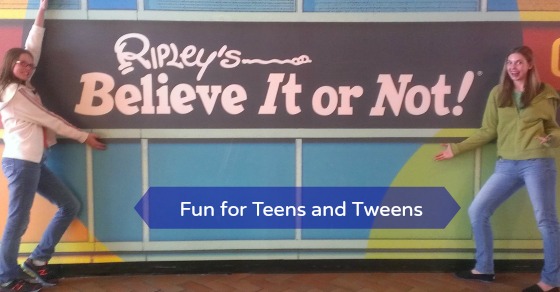 Traveling with tween/teen girls is always an adventure. When the kids were small, we knew how to entertain them–slides and playgrounds were fun, cheesy music held their attention, and people dressed as animals or cartoon characters were believable. Now that they have gotten older, planning fun things to do on family vacations is a little more challenging. I’ve heard it called the “too old for toys, too young for boys” stage.

I never know on any given day which age I am going to get with my girls. Will they be giggly like 6-year-olds and enjoy running around a park? Will they be mature like 18-year-olds and want to eat at a fancy restaurant? Trying to plan vacations that will be fun no matter what mood they are in is kind of stressful. I want them to have a good time, but considerations like time and money are also factors.

A few months ago I was offered tickets to review Ripley’s Believe It Or Not. I didn’t really know what or where it was, so I declined. As fortune had it, I found out that our hotel for Spring Break was going to be right across the street from the Ripley’s in Baltimore. Never one to dismiss something as coincidence, I contacted them and asked nicely if I might still be able to get the tickets. They said “yes” and I started my planning!

I had no idea whatsoever what to expect. Ripley’s has locations everywhere from Hollywood to Gatlinburg to Florida. The Baltimore location includes the Odditorium, the Marvelous Mirror Maze, and the 4D Moving Theater. 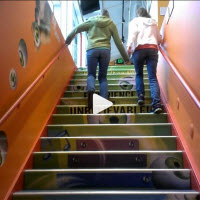 As we entered the Odditorium, we started by walking up a staircase that made music. It was the perfect start for my music-loving kids. (You can check out a little video that I made of it on Instagram.) I knew from there that the Odditorium was going to be a hands-on experience unlike any other. We’ve done “children’s museums” before and my kids loved them, but they are starting to get too old for them. The Odditorium took the hands-on features of a children’s museum and combined them with more mature subject areas that were perfect for my 11 and 13 year olds.

The Odditorium is made up of a bunch of different areas, each with its own focus. There’s a Gallery of things from Robert L. Ripley’s collections such as royal crowns and tiaras. Later there is an entire area of optical illusions, which was PERFECT for one of my daughters. Another highlight was an entire Hogwart’s Castle made out of matchsticks.

Although there were plenty of signs to read about each of the items, that isn’t really what my kids enjoy (My mother-in-law could have spent 1o hours there!). Instead, they liked the more interactive exhibits that allowed them to do things like walk a tightrope, learn about the Legend of the Chesapeake Bay Sea Monster (scary!), and examine shrunken heads. The life-sized kaleidoscope was also a big “win”.

The second attraction at the Baltimore Ripley’s is the Mirror Maze. It’s an entirely dark maze made of…well, mirrors. With little colored running lights on the floor. We had a blast wondering around it (and right into other people). It was honestly like some kind of Sci-Fi movie. You would “see” someone in front of you and yell to them only to find out that it was only a series of reflections and they really were not in front of you at all. We spent the second most amount of time in there–taking the maze forward to the end and back again.

That’s not a typo. The third attraction is not a “movie” theater but a “moving theater.” That’s because the seats do not sit still! You are wearing 3-D glasses and actually participating in the movie as you rush through a skating pipe or down a snowy mountain. I get a little motion sick, so I have to admit that I closed my eyes a bit. But the kids loved it!

We could not have asked for a more perfect experience. For the age of my kids, it was probably one of the best things that we did on our whole vacation. If your kids are too young or scare easily, you may want to wait a couple of years. It’s not exactly a “spooky” house, but there are some dark areas and things that pop out at you every now and again. My kids said that they thought it was perfect for anyone over about 8. As far as a maximum age? I don’t think there is one (unlike a lot of places designed for families). I enjoyed it myself and would have spent more time actually reading the displays if the kids hadn’t been hurrying me along.

Now the money…is it worth the price? The regular tickets (right now) are $17.99 but you can get a super deal of getting all 3 attractions for only $25.99 (41% off). I don’t know if that is online only or not. Compared to what we spent on other things to do while on our vacation, $26 a person for 3-4 hours of fun was a bargain. Plus, it was one of the most memorable things that we did, which made it all the more worth it.

It looks like there are different attractions depending on which cities you find a Ripley’s in. I would certainly be interested in going to some of the others like the Ripley’s Aquariums or the Ripley’s Haunted Adventure.

Here are some of my favorite pictures from our visit. Have you ever been to a Ripley’s Attraction? What did you think? 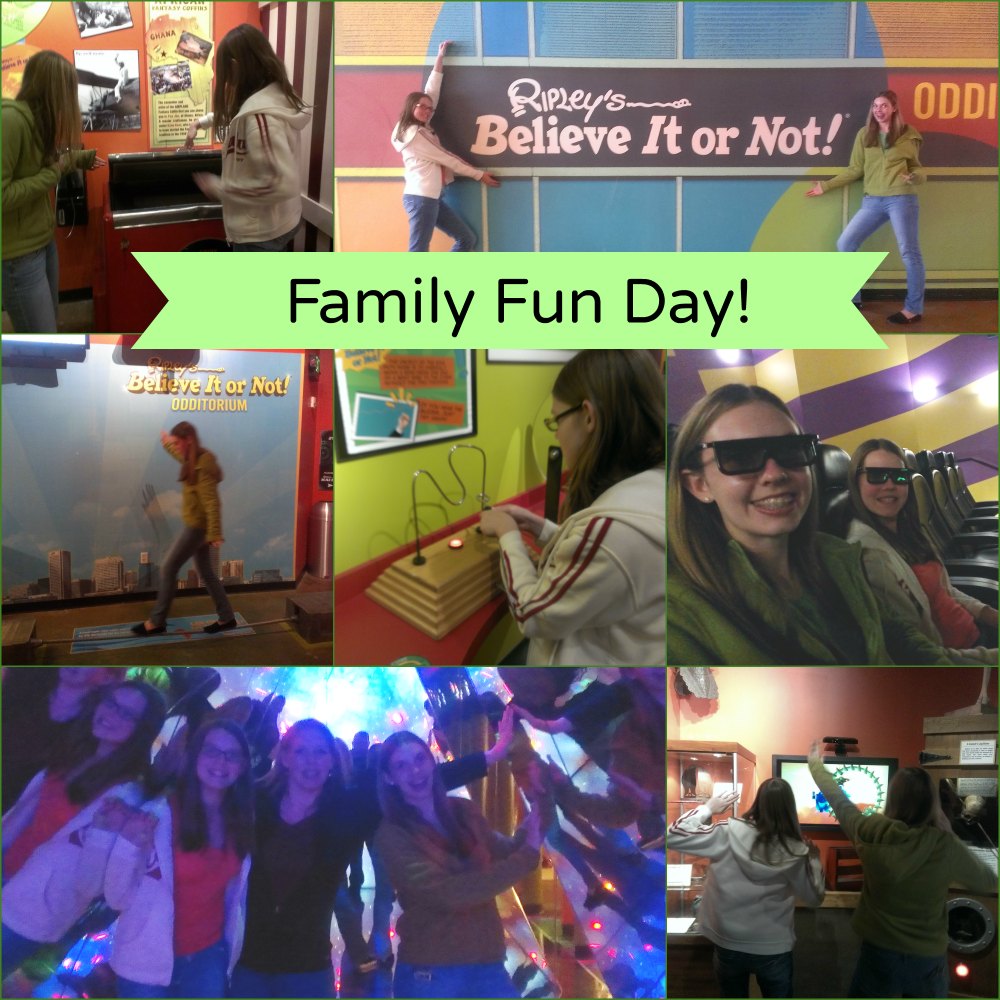